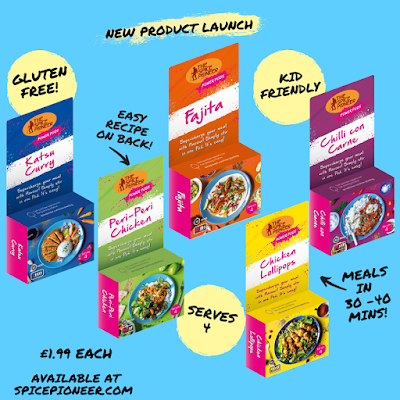 "What's for dinner, Mum? I'm starving !". If you have teenagers in the house, those are the words that will be launched at you as soon as they get back home after a long day of school and clubs and catching up with their mates. That's fine on a quiet day, when I've been home for an hour or so already and something is in the oven, but when I've just raced in from work on a busy day, it's not what I want to hear ! I always have a jar of pasta sauce and a pack of pasta in the cupboard, which is great for getting a meal on the table in fifteen minutes when everyone is starving, but that gets boring after a while, so I was over the moon to receive the new range of Power Pods from The Spice Pioneer to try out. 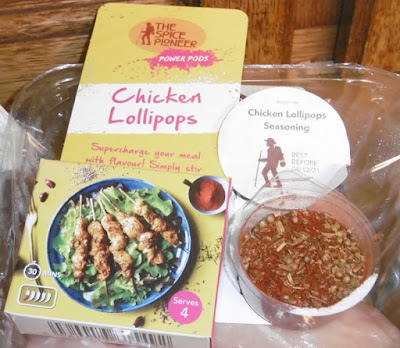 Each pod contains a generous mixture of seasoning to add to a combination of ingredients to get a fabulous, tasty meal on the table in about half an hour. Each pod has enough to serve four people (but this is flexible so don't worry if you're a family of three or five) and just needs to be opened and dumped in the dish. As you can see from the picture, the spices are ground but also contain larger pieces, giving you a great, fresh flavour. Even the kids were commenting on the intriguing new tastes and, on the whole, they loved them. The spice rating on the box is really helpful too - as you can see, this one is only half a chilli, but the Peri-Peri Chicken is three, so I knew to go for the lower spice ratings for the kids. 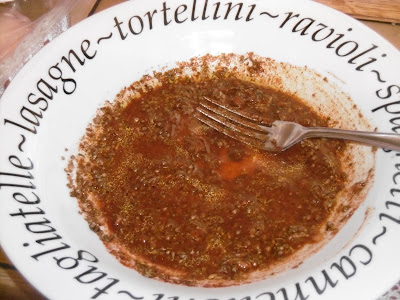 The Chicken Lollipops pod is a blend of smoked pimenton, sea salt, cumin, oregano, coriander, fennel and bay leaf. Just add it to garlic, olive oil, vinegar, warm water and chicken and you're good to go. 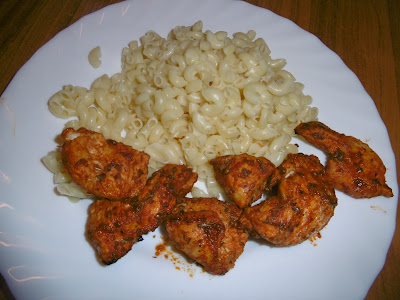 While I was mid-way through faffing about in the kitchen drawer, trying to lay my hands on the skewers that Madhouse Daddy always used to use on the BBQ, I suddenly realised that they weren't actually an essential element to the dish, so I just quickly fried my chicken chunks in a frying pan. Quite possibly less authentic but it worked fine. This would be great with rice, cous cous, flatbreads ... whatever you fancy really. We went with pasta and salad and it was devoured enthusiastically, with the kids asking if there was any left ! (Luckily there was, so they used that up for lunch the next day !) 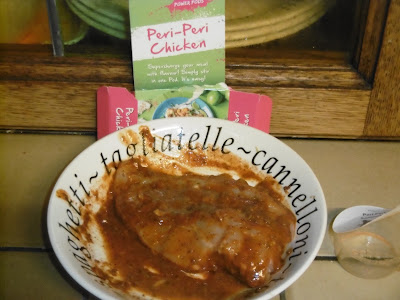 The next day, I asked the kids if they wanted spicy Peri-Peri Chicken or just plain chicken - both were very simple to throw together so it was lovely to be able to cater for my more grown up tastes with little fuss. For this pod, you need to mix it with garlic, oil and lime, then marinate some chicken in it. 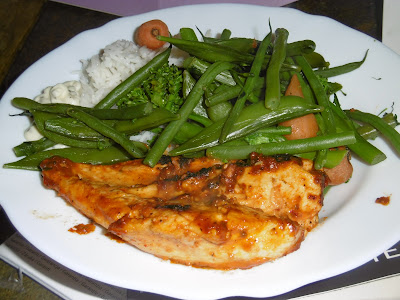 I left mine marinating while I fried up some spice-less chicken for the kids, then fried off my Peri-Peri fillet while plating up the food. I served ours with rice and veggies but it could also be used in a wrap or sandwich. Delicious and not overly spicy, so the kids liked the piece I gave them to taste from my meal. 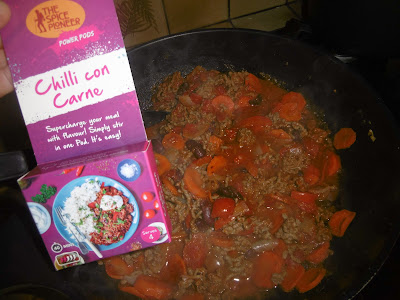 Chilli Con Carne was the next pod and this took me right back to my student days, as we used to eat it about once a week in our shared house. As the kids aren't keen on spicy food, I'd pretty much eliminated it from our family menu, but Pierre declared that this was his favourite meal ever and could we have it again very soon ! The recipe on the back says to add it to onion, red pepper, beef mince, garlic, kidney beans, chopped tomatoes, tomato puree and water, but I added in some carrots as well. Delicious and very simple to put together too - Pierre was in the kitchen, helping me chop everything and stir the pot, which made me think that these pods would be great for throwing in your teenager's suitcase when they head off to univeristy or into a new flat. 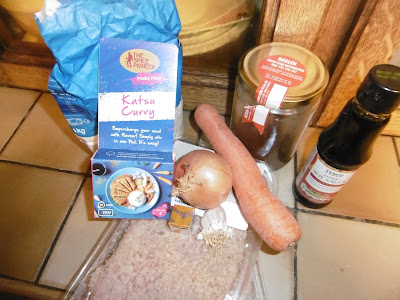 Katsu Curry was a Japanese dish that I'd never heard of (well, I had vaguely seen a jar of Katsu Curry sauce in the supermarket, I think, but I didn't investigate) so I had no idea what to expect. I wasn't overly reassured when I scrabbled around in the kitchen, getting everything together (I love the way they just use simple ingredients that you will undoubtedly already have in the cupboards) : breaded chicken breasts, carrot, onion, garlic, flour, chicken stock, honey and soy sauce. Do they all really go together ?! Well, actually, they do - you end up with a lovely, mild curry sauce. 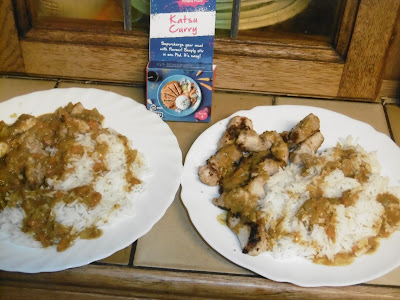 A quick bit of cooking then blending while I fried off the chicken and cooked some rice and it was good to go. Juliette (who really isn't keen on spicy food) opted for plain chicken, Pierre went for "a little bit of sauce" on the right (then added more !) and I went for lashings of sauce, both on the rice and on the chicken. It's really tasty and we had plenty left over, that I put in the fridge to use up another day. 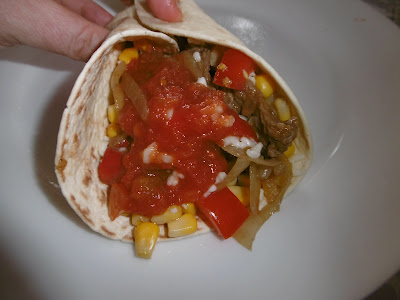 We finished off the week with a Tex-Mex classic - Fajitas ! I usually use a seasoning sachet for Mexican food anyway, so the kids were up for the challenge. The blend of cumin, paprika, sea salt, black pepper, garlic, onion powder, thyme, allspice, oregano, red chillies and Cayenne added some subtle heat (I only used half of the tub for this one), which the kids loved.
This week, using the Power Pods, was a real eye-opener. When Madhouse Daddy was around, I always used to cook for the kids, then add extra spices before the grown-ups ate later. Since he died (two years ago - how time flies !), I've gone back to eating with the kids, so everything has been simplified and made kid-friendly, which basically means I've vastly reduced my consumption of spices. The Power Pods were ideal for introducing some new flavours and seeing who liked what. If you're unfamiliar with spices or just want a cooking short cut, they're a great way to get some fabulous-tasting food on your plates within half an hour too. Perfect !
The Power Pods are available for 1.99 each. For more details, check out The Spice Pioneer website :https://www.spicepioneer.com/product-category/spice-pods/.
Disclosure : I received the pods in order to share my honest review.
Back to News
Use left/right arrows to navigate the slideshow or swipe left/right if using a mobile device