Why sourcing samskaras is the smartest thing you’ll ever do

It’s not what happens to you in life but how you handle it that counts. But how can you learn to do this better? The answer lies in sourcing samskaras. 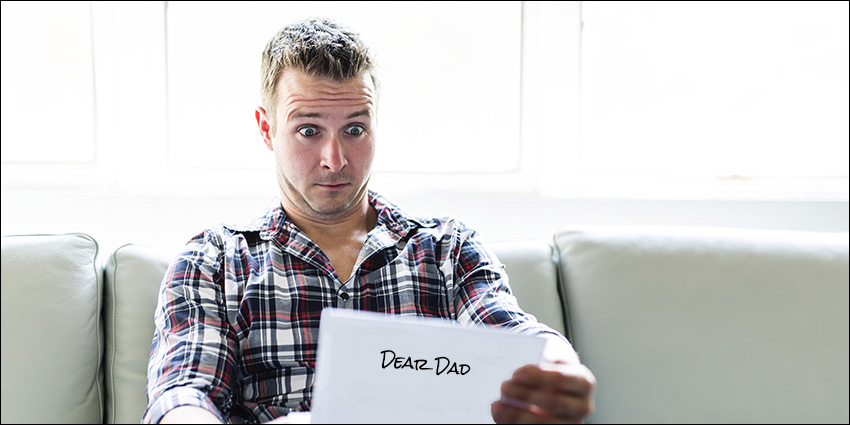 There’s a great story going around the internet about a note that was left by a son to his father. It reads:

It’s with great regret and sorrow that I’m writing to you. I had to elope with my new girlfriend because I wanted to avoid a scene with Mom and you. I have been finding real passion with Stacy and she is so nice. But I knew you would not approve of her because of all her piercing, tattoos, tight motorcycle clothes and the fact that she is much older than I am. But it’s not only the passion. Dad, she’s pregnant.

Stacy said that we will be very happy. She owns a trailer in the woods and has a stack of firewood for the whole winter. We share a dream of having many more children. Stacy has opened my eyes to the fact that marijuana doesn’t really hurt anyone. We’ll be growing it for ourselves and trading it with the other people who live nearby for cocaine and meth. In the meantime, we will pray that science will find a cure for her currently incurable disease so Stacy can get better. She deserves it.

Don’t worry, Dad. I’m 15 and I know how to take care of myself. Someday I’m sure we’ll be back to visit so that you can get to know your grandchildren.

Love from your son,
John

PS. Dad, none of the above is true. I’m over at Tommy’s house. I Just wanted to remind you that there are worse things in life than a report card. It’s in my center desk drawer. I love you. Call me when it’s safe to come home!

Why does this story make people smile?

This story makes people smile because it’s such an ingenious way of communicating to the father that things could be a whole lot worse than the poor report card he is about to read. It puts it in a whole new perspective so that the father will be glad the problem isn’t more serious, instead of reacting to it in his usual way.

The truth is, most people have very predictable reactions to things. Unless someone has done a great deal of personal work on themselves, at least 99 percent of their behaviour will be purely reactive, repeating the same patterns day after day, year after year. Most people never go beyond this.

But it’s possible to do so, and the key to this is to resolve emotional scars called samskaras. Until you do this, they will be running your life.

What is a samskara?

“Samskara” is the Sanskrit word for the emotional imprint or scar that can be left in a person’s psyche by an experience. Each time a similar incident takes place, the samskara gets triggered and the old emotions arise.

For example, suppose you trap your finger in a car door. For the rest of your life, each time you get out of a car the memory of the old pain may be triggered and you’ll be careful not to hurt yourself again.

Or suppose you got hurt in love. You may carry that emotional baggage with you into a new relationship and just one wrong word from a partner can trigger the memory of the old hurt and cause a giant row out of nowhere.

There are endless variations of this.

In the case of the son’s report card, it seemly likely there have been other poor report cards in the past and the father’s reaction to them had become predictable. Children intuitively know the samskaric triggers of their parents very well and deliberately play on them or try to avoid them, depending on how rebellious or compliant they are by nature, or how safe it is to do so.

The source of the father’s emotions may not even have anything to do with the son or his report card. Each time this happens, it may trigger an event from the father’s past, such as how certain things make him feel undervalued as a person or how his own father treated him when he was young. If the father were to do personal work, he would be able to trace his emotions back to their true source and not have to subject his son to that type of reaction in the future. He would be able to discuss the situation calmly and objectively and give his son the support he needs to move forward.

The reason why it’s important to source samkaras is to be able to handle whatever life throws at you with much more equanimity. When you’re subject to reactions, any small thing can ruin your day. When something major happens, it can cause you to be thrown off-track for years, or even for the rest of your life.

In my late teens, I decided I was fed up with being thrown around by the roller coaster of life, up one day and down the next, emotionally out of control. So I set about searching for a way to change this. I tried various methods but it took me over 15 years to find one that really worked and then another 10 years to find an even better method (Inner Space Techniques, called IST for short) that I still use to this day.

If you’re interested to know more about this, you can check out the links I’ve included in the Resources section below.

Is it possible for a person to resolve all their samskaras?

Samuel Sagan explains, ‘A key realisation is that the astral body is made of samskaras. Its very nature is grasping and reacting, and its substance is like a sea of samskaras, some big, some small, some more linked to emotions, others more to thoughts.’ So it’s not possible to resolve all your samskaras, not by a long way.

But if you find a good IST practitioner to work with, or learn how to do IST techniques yourself with a partner, you can take the smart approach, which is to tackle the major samskaras upon which many of the smaller ones rest. When you resolve the biggies, many of the smaller ones that were connected to them will melt away because they no longer have anything to gear into.

Sourcing samskaras takes years of personal work. It’s not a quick-fix. It goes deep and is genuinely life-changing. And it is so worthwhile. The more you are able to navigate consciously through life instead of being subject to a myriad of mental and emotional reactions, the more you become master of your own destiny.

Resources
Regression: Past Life Therapy for Here and Now Freedom by Samuel Sagan
About Inner Space Techniques (IST)
How to find an IST practitioner

Like to read more articles like this?
Subscribe to my newsletters to receive news, articles and information about upcoming online courses by email. And I promise you – no junk mail ever.

The post Why sourcing samskaras is the smartest thing you’ll ever do appeared first on Karen Kingston's Blog.